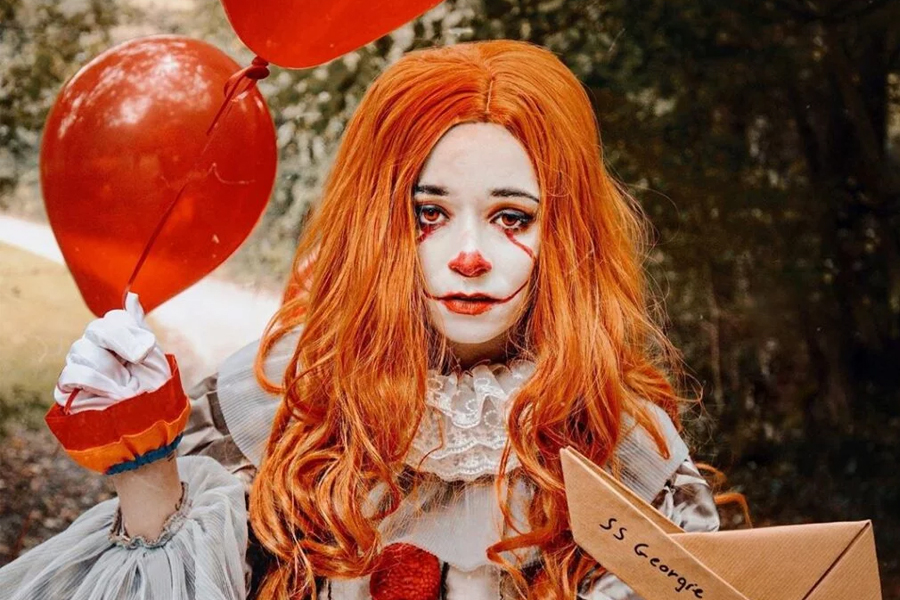 The truth is…Halloween 2020 will be much different than the Halloweens of the past that we know and love.

But even if gatherings are cancelled, you can still get into the season by dressing up and hosting your own mini Halloween party with your household.

Whether you want to go all-out with a creative makeup look, or you want to transform into one of your favourite characters, these 15 amazing Halloween costumes ideas (sourced from Instagram!) will inspire you to dress up and enjoy the holiday.

Did you know that we’re due for another season of The Chilling Adventures of Sabrina? Sadly, Netflix also announced that this season will be the last.

The over-the-top plot is perfectly paired with a ton of great fashion looks – the most notable being Sabrina Spellman’s classic outfit, shown in this beautiful cosplay by LenaMay.

Try out a new hair colour (ie; a silver-white wig) and don a headband and a crimson red dress with a peter pan collar to bring together this easy costume.

Any Sailor Moon fans out there? This creative and celestial look takes features from Luna the Cat and re-imagines the character in its would-be human form.

This one is a great additional to a group Sailor Moon costume, if your household is up for it! Or for couples, pair it with Luna’s companion, Artemis the Cat.

Here’s another easy costume that you can pull from your closet! Daphne from Scooby Doo wears an iconic purple sweater, skirt and headband, along with a tied green scarf.

If you don’t already have luscious, flowing red locks, opt for a wig! Bonus points if you have a dog that can go as Scooby Doo himself.

We’re sensing a theme here – and indeed, cartoon characters are all the rage this year! Kids that grew up in the late 90s and early 2000s will instantly recognize Spinelli – who was arguably the coolest character from Disney’s Recess. Other than King Bob, of course.

The best thing about this costume is that again, you likely can pull it together from clothing you already have! Getting the expression down is the most important thing for this character costume.

Harry Potter costumes never seem to go out of style – but this year, we particularly love the idea of going as a Beauxbatons student.

You will recognize the outfit from the 4th Harry Potter movie – Harry Potter and the Goblet of Fire, when multiple wizarding schools come together to compete.

Challenge yourself this Halloween and become a beautiful mosaic, stained glass window. The costume requires some serious makeup skills, but can definitely be done with the right commitment, time and patience.

This is truly one of the most gorgeous Halloween makeup looks we’ve seen in recent years!

Brrr…are you dreading winter? Well, maybe this is the year to embrace the season a little earlier than normal.

We love how this makeup look depicts the act of actually becoming the ice queen, and who wouldn’t want to wear such a grand crown? The faux ice crystals are such a nice touch.

IT the Clown Costume

Creepy yet cool, this costume is a throwback to one of the most horrifying characters in movie history: IT. And with the remakes out, IT has managed to scare a whole new generation and make it terrifying to look into a sewer drain.

Pair the look with IT’s iconic red balloons and the paper boat that lead to the capture of Georgie.

While the obvious costume from Willy Wonka and the Chocolate Factory is Willy Wonka himself (or the Oompa Loompas), we love the idea of throwing together this easy look to depict Violet Beauregarde.

Pair a bratty attitude with a partially-purple face, zip-up athletic jacket and of course, bubble gum, and you’re done!

Not all witches are bad. In fact, some of them can be nauseatingly sweet! This is a fun costume that flips the usual look of a witch, using head-to-toe pink, tulle and roses.

And of course, even better if you can convince your cat to match the look.

Who knew werewolves could be so cute? Transform your face with this (semi) easy makeup look and take the costume to the next level with coloured contacts (green or yellow recommended).

Finish off the look with clip-on wolf ears and voila, you’re ready to howl at the moon.

You wouldn’t want this sitting on your shelf in your bedroom, would you? This doll costume is equal parts creepy and sexy. We love the stitching in the arms, chest and neck.

How about a little arts and crafts to go along with your costume? While this night sky costume requires a bit more DIY-ing, it looks super easy to put together using tinfoil and wiring. It’s also super glitzy and pretty!

Do you think moths are beautiful or terrifying? This moth costume is pretty basic but incorporates all the important features of a moth. We would love to craft this dainty and feminine Halloween costume!

PIN IT FOR LATER! 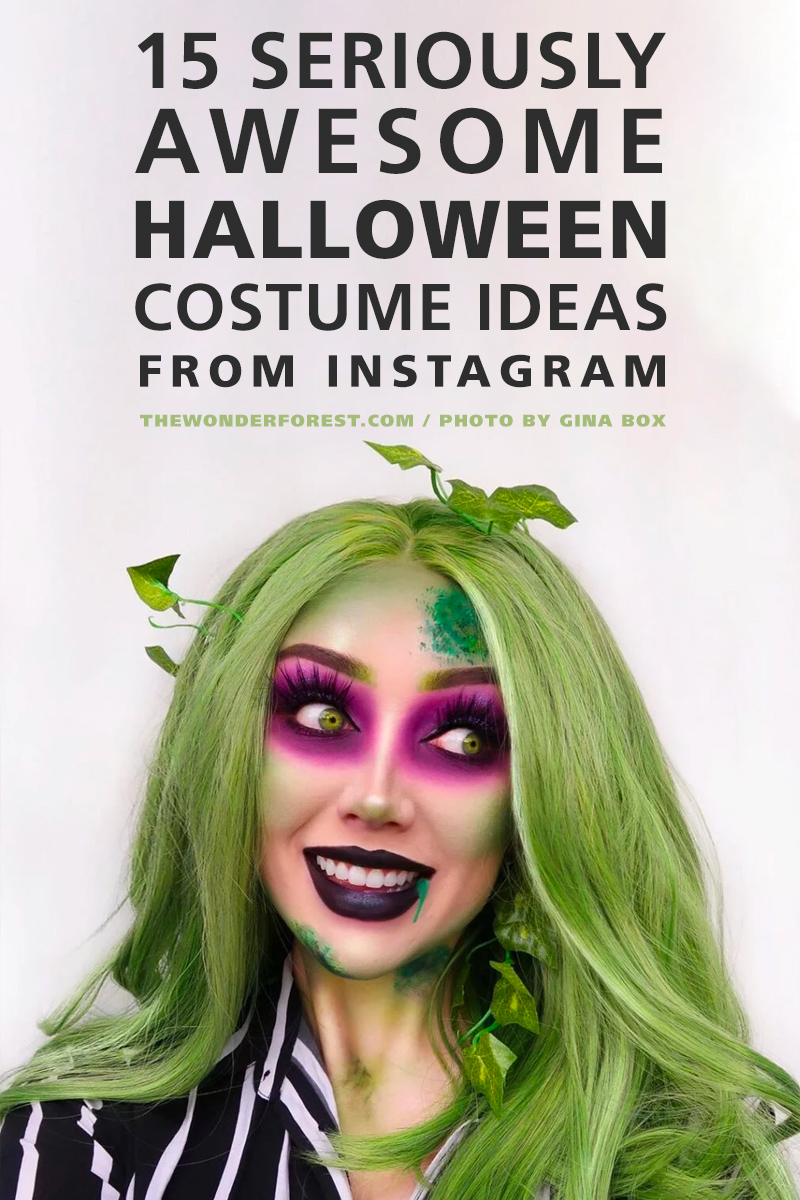 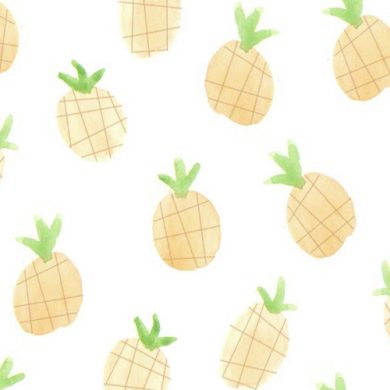 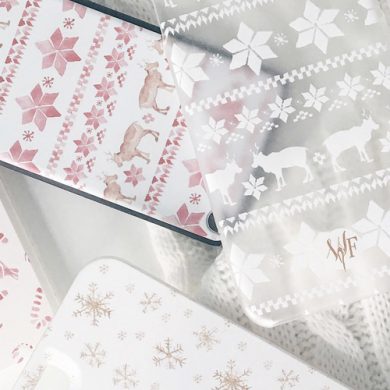 Wonder Forest Cases up to 30% Off – This Weekend! 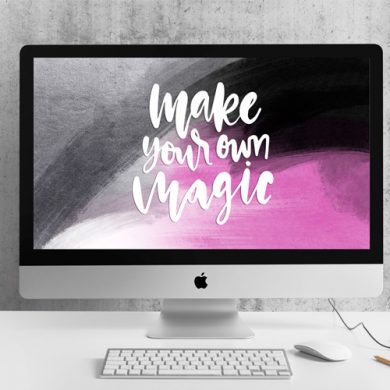 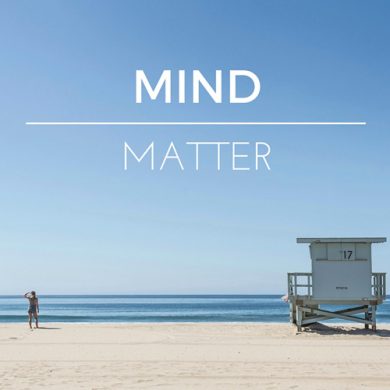 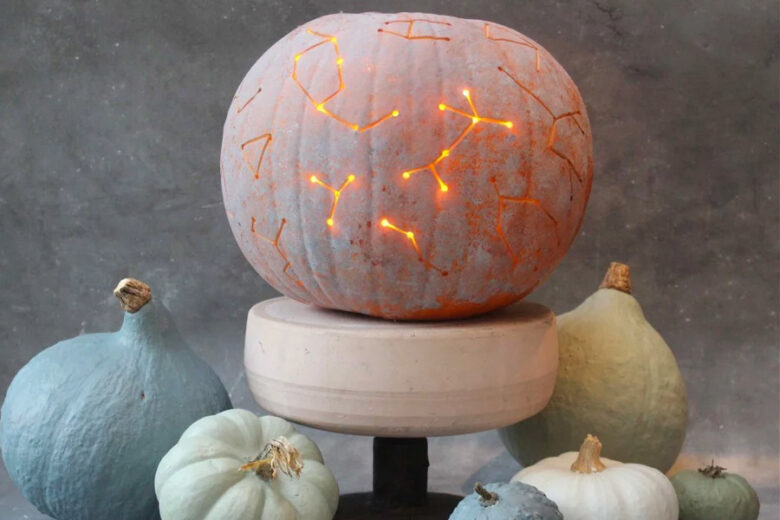 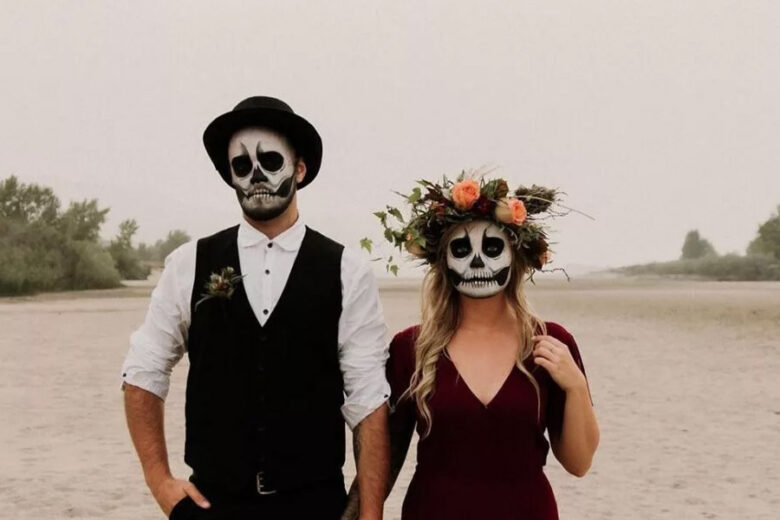