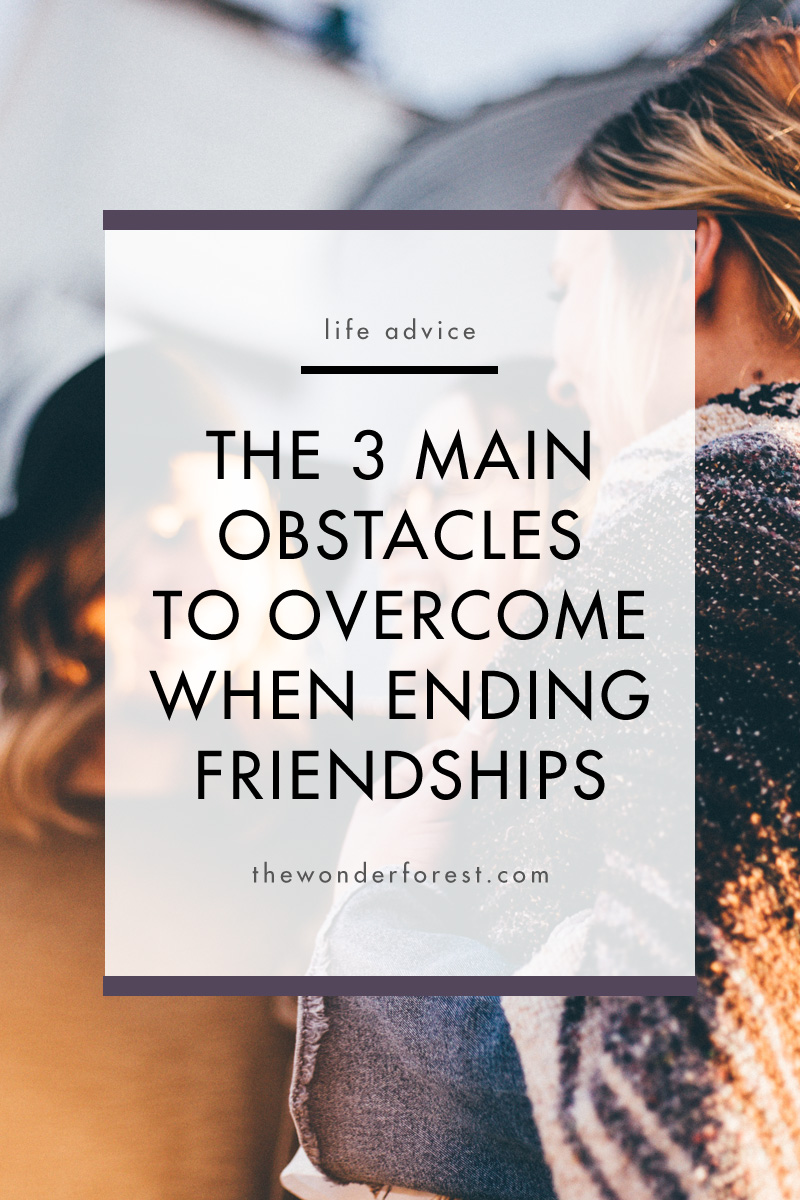 For this reason, I’ve included 3 common reasons I’ve seen (and experienced myself) why it’s difficult to depart, but how we can shift our mindset about it and indeed confidently let go.

It’s a fear many of us are crippled with, as we don’t want to be left out and feel lonely.

I remember at 19, in my freshmen year of college, I battled with deep loneliness daily. When I finally made a friend in my English class later that year, I was beyond grateful. This friend introduced me to her other friends, making them also mine. I remember thinking that I finally found “my people”.

This friend and I actually became so close that we ended up dorming in our sophomore year. Unfortunately, it didn’t go as planned. We had terrible miscommunication and really didn’t trust one another.

As much as I knew we shouldn’t be friends, I was scared. I was scared of being alone once again, and losing everyone else she introduced me to. But as time went on, it became clearer I was better off alone. And well I ended up being alone, but this time I had the belief new friends would come into my life.

And as life has it, I ended up re-connecting with a girl I met my first week of college. She was looking for a new roommate as well for the following year. We indeed dormed together and became close friends for many years.

I’ve learned there is more than enough room and opportunities to meet more people and befriend them – even when you feel there is not. Once one door closes, another door does open. You just must be aware when  a door is opening.

It’s difficult ending a friendship with someone that has experienced so much with you and done so much for you. However, understand all those memories don’t go away. You can always keep and appreciate the memories.

Our falling out was extremely public. So much so that teachers were concerned and sought to mend our friendship. I appreciated their concern, but knew we hit a roadblock that only we could fix. We spent the last few months of high school not speaking, but ended up finally talking out our issue.

Though our friendship wasn’t mended, we wished each other well for college.

Yes, I did have a difficult time making friendships in college but I can say we both ended up finding our way and “our people”. However, in know way can anyone replace those memories I shared with her. I cherish the time we had together and how much we learned from one another, especially at such a young age.

Obstacle #3: I’ll cause them too much pain

No doubt ending a friendship will result in some amount of pain – not just for them, but for you as well! Working and spending time on a friendship to have it end after a certain time, can be emotionally challenging to get through.

However, know its not lasting pain. I’ve been on the receiver side where a friend no longer wanted me in their life – and in the worse way – where they ignored me till I stopped “bugging” them. It flat out sucked, but did it end my happiness for life? Nope!

Once I surrendered and accepted this friend no longer wanted me in their life, I allowed others in and happiness followed.

Of course, I don’t think ghosting a friend is neither kind nor a mature way to let go of a friendship, but nevertheless, everyone has the capacity to forgive and continue forward with their life and be surrounded by people who want in.

Hi! I’m Mia. I’m a 20-something-year-old passionate about guiding other young millennials to do work they love and live a life they cherish on my podcast every week. When I’m not podcasting, I’m either working out or eating tasty vegan food.

View all of Mia Goros's posts.