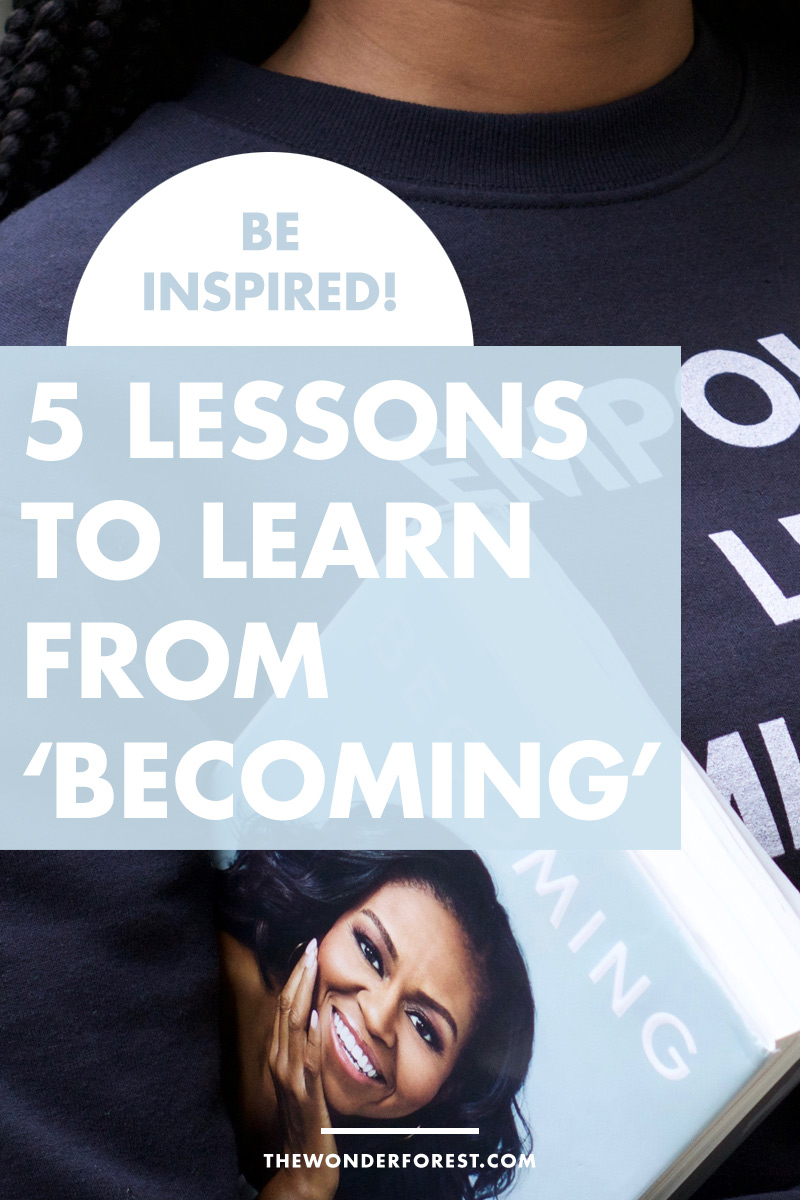 Michelle Obama just published her first memoir, Becoming, in November, and it is well worth the read. The former first lady details her life growing up in the south side of Chicago, sticking out at university, and meeting her husband and future president of the United States.

The book is vulnerable, going into intimate detail about trying to create a better life, being a working mom, and facing intense criticism as a public figure. Becoming is also empowering as Obama shares lessons any women can learn from and take home. Here are five of those lessons.

Don’t Be Afraid To Do Things Differently

When moving into the white house, Michelle Obama took her role as first lady seriously. She wanted to use her platform to make big change and inspire others, rather than just stand behind her husband and smile. So she focused on taking the role in a new direction. Because of her dedication, she was able to start initiatives like Let’s Move! and Let Girls Learn.

This goes to show that just because you’re taking on a role that’s been done before, it doesn’t mean you have to strictly play by the rules and define yourself in limiting ways. Don’t be afraid to push to do something new when given the opportunity.

Supporting Others Is Important

In Becoming, Michelle Obama tells a story of a college counselor who told her she wasn’t “Princeton material.” Michelle applied to the university anyway and proved her wrong.

In contrast, Michelle Obama talks about being supported tremendously by her parents ever since she was a child. They valued her opinion and advocated for her when it came to school and education. Without this support, Obama says she may not have grown up with the confidence to attend an Ivy league and have a successful career.

None of us want to be the person who diminishes the dreams of others. Whether long-term or short-term, make sure to offer support to those around you – you never know what difference it may make.

Look For Good In The World

It can be easy to feel pessimistic about the state of the world or look at the negative in things around us. But if we don’t look for the good, it can be harder to connect with others and create good things.

As Michelle Obama was leaving the white house to let in the new president, she said even then she wouldn’t allow herself to become cynical. Her story proves that something extraordinary can happen to an ordinary person and that making progress means sometimes going backwards. With a positive outlook and effort, positive change will come.

If Necessary, Start Over

It took Obama an Ivy League education and years as a lawyer to realize that, well, she didn’t really want to be a lawyer. She had spent her life committed to finding success in this way, but then discovered it didn’t fulfill her. So she took a risk and applied and worked at other jobs, sometimes taking large pay cuts, before finding her true passions.

Sometimes we like the idea of a career more than the actual career itself, or we follow a path because we want to please others. But if you’re feeling unfulfilled in your current path, it may be time to switch things up. Plenty of people follow new paths for years and don’t stop until they find what makes them happy.

Take Care Of Yourself

Michelle Obama brought up the various ways she took care of herself over the years in Becoming. From going to marriage counselling with her husband to prioritizing exercise in the mornings, she made it clear that her mental, emotional, and physical health would not be pushed aside no matter how crazy life got.

People, especially women, tend to push their own wants and needs aside to take care of others. Unfortunately, this can have long-term negative consequences. Take the steps to do what’s necessary for yourself, so you can go out and conquer every part of your life.

April Stearns enjoys blogging about business and lifestyle and connecting with the digital world as a content marketer and social media manager. She spends most of her free time reading, practicing yoga and pilates, exploring California, and watching too much Netflix.

View all of April Stearns's posts.