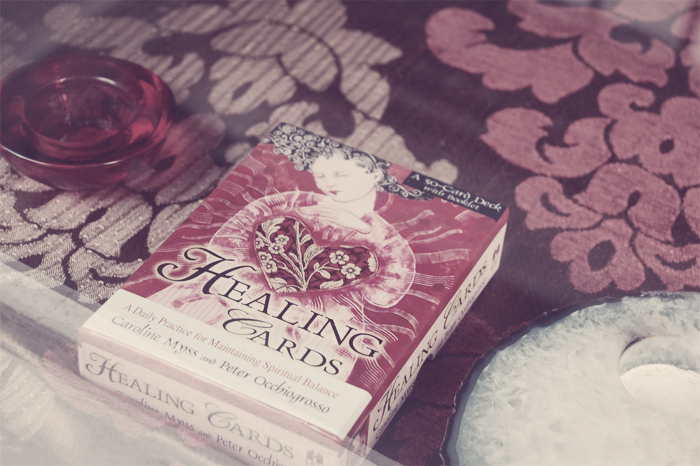 When I was sixteen, I was walking down Queen Street in Toronto with some friends and passed by a sign on the sidewalk. “Palm reader: $20”. For fun, we decided to make our way up the squeaky old steps to a studio (slash) apartment to find a middle aged woman sitting at a table with a stack of cards. We told her we’d like our fortunes read, please.

I always had a belief in psychics so when it was my turn, naturally she had my entire attention. She started by telling me about my past and her words seemed to make perfect sense to me. She even had a stab at guessing my name, “Danielle…. Donna…” she mumbled. Close enough. I can’t recall much of what she said my future would hold, but I was so convinced by her reading that I somehow ended up leaving with a $50 crystal necklace because she told me I needed it.

I’m not sure if that lady was the “real deal”, but it got me thinking. I ended up spending $70 on a 15 minute conversation with somebody. Obviously, anybody I told about my experience told me she was a scammer. Maybe she was.

In September of this year, my mom had one of her in-depth readings. It’s a fun tradition her and her twin sister do each year. She highly believes in psychics and a lot of what her psychic said has actually come true. She called me after her reading: “Are you pregnant?”. I laughed, “no!” She told me that either I or my sister in law was supposed to be pregnant, and it wasn’t her, so she was counting on it being me I guess. We both thought my mom was being crazy… until very recently because it turns out that she actually is pregnant and had been at that time, but just didn’t know it yet.

Perhaps there are real psychics and ones that just scam people? And if there are, how would you know which ones are the real deal? I have nothing against somebody earning a profit from their skills (everybody needs to make a living) but I think that maybe if there are some who can see the past and future, people’s belief in them is sometimes hindered by those that aren’t actually psychic at all. Or maybe simply because they’re not being told what they want to hear. Of all of the psychics I’ve seen since my 16 year old adventure, there
is one common prediction that they have all told me:  I will have twins. If that ever comes true I guess I’ll know my answer.