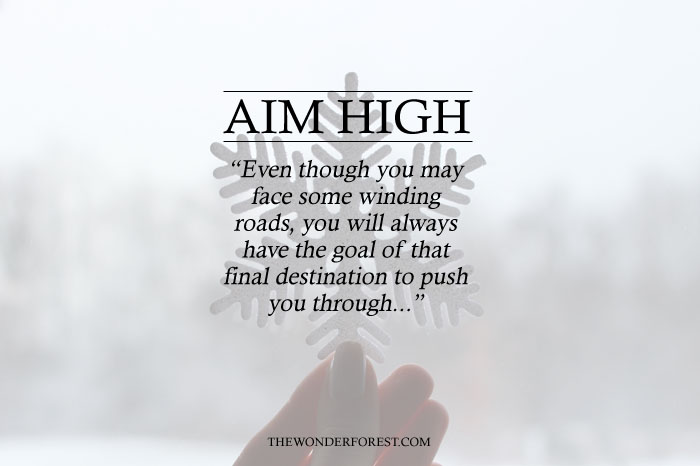 When was the last time you set a ridiculous goal for yourself? Something that seemed beyond your reach but you knew had the possibility of being accomplished? In reality, nothing is really impossible. If you think about something you only wish you could do, it’s probably something that has been done by somebody else at one point in time. What is stopping you from setting the same goal and doing it too?

Somebody once had the crazy idea to climb Mount Everest. Since then, hundreds of people have died attempting the same thing, while over a thousand have successfully done it. These people know the risks involved, but still challenge their lives trying to reach their goals. Now, I’m not saying that you should risk your life to accomplish something, I am saying that without that initial drive and determination to reach their ultimate goal of getting to the top of that mountain, those people would have never set foot on the base of Mount Everest to begin with.

I’ve found that the best way to get to where you want to be is to aim high. Aim as high as you can and figure out how you’re going to get there. Setting small or short term goals are good for a moment, but if you can’t see the entire picture (and imagine yourself in that final victorious position) there is nothing to continue to work towards once you’ve finished them.

This year has been a whirlwind. I’ve been thinking back to the start of the year and how everything I am doing now was just a book of ideas. I had decided on trying to reach my ultimate goal of becoming a millionaire by 30 and didn’t look back. And, by the way, that goal was never all about the money. It’s about the idea… the freedom, and in the end knowing that I had been able to create a self sustaining business which is something I have always strived for. That is what makes me happy… seeing everything I’ve worked for paying off. I wish to see the same for everybody else who has an ultimate goal.

I may not be anywhere close to my “millionaire by 30” objective, but if I hadn’t set that incredibly high target for myself, I would not have completed one third of the stuff I have this year. Of course I knew it was crazy, but because of that goal I have been able to set myself up for the future and have an actual plan to follow. A plan that has actually been working because of this mindset.  I know now what I need to do. This year I have created the building blocks to get to where I eventually want to be. Atop my mountain.

I want to see you all have a crazy ambition. Don’t let anybody tell you that you can’t do something… and don’t ever tell yourself that you can’t either. If your heart is in it and your head is in it, you will find a way to accomplish it, even if you start at the very bottom. Some people may not understand or may even mock you for having such high expectations for yourself (believe me, been there!) but what they think doesn’t matter. Really, it doesn’t. When was the last time they tried something challenging and believed that they could do it? Their voices get lost in the wind. I never gave a second thought to those who tried to belittle me for setting high goals… in fact in a way they pushed me harder to prove them wrong.

So stop telling yourself that you can’t reach your ultimate objective. The only person holding yourself back from it is you. There is always a way to get there, and even though you may face some winding roads, you will always have the goal of that final destination to push you through. Aim high.

I want to know what your ultimate goal is… Where do you see yourself standing when you reach the top of that mountain?