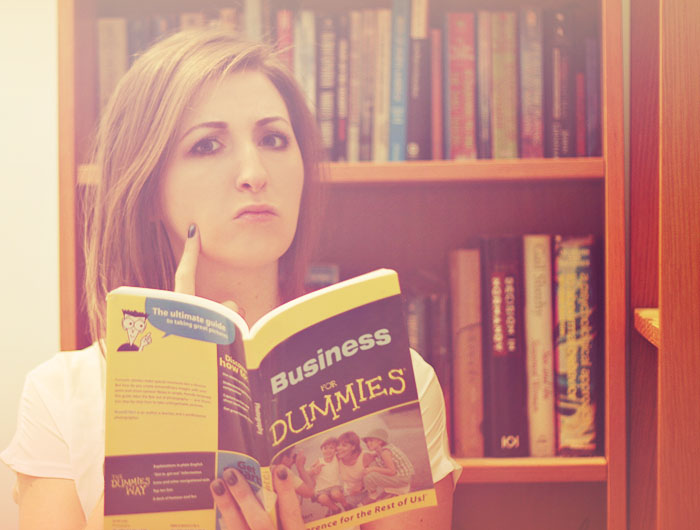 I get asked a lot of questions about my business and a lot of readers have been interested in how I started, so I thought that I would give you my entire story… from the very beginning. Since the journey has been a long one, the posts will be split up into “parts”, which are like chapters I suppose. If you missed it, read part one here.

When I was about 15 or 16, I wanted to start making t-shirt designs. My love for digital design was growing and I wanted to try out some other mediums instead of just web based stuff. Art had always been my first love, so I created some sketches of graphics that I thought other people might like too and I started doing more research about the whole process of going from paper to shirt. My idea was to make a little business to help pave my future, I suppose. I had big dreams for this little idea, so (as usual) I jumped right in.

First, I needed a catchy name. I wanted the name to be sweet but sassy, maybe even some type of oxymoron, so I started writing a bunch of words down on a piece of paper. The two that stuck were “sugar” and “devil”. So I put them together and Sugardevil was born.

My third task was to figure out how to get my designs printed on the shirts… And where exactly I would get the shirts. My mom worked at a business board of trade at the time and knew a man who did screen printing for her company. After talking with him I found out the dimensions and specs and everything needed to transform my little sketches into digital designs ready for print. I also realized then that screen printers had a limited stock of shirt styles at their disposal (nothing very cute or “Sugardevil” chic), so I went on a hunt for more “hip” blank shirts. That’s when I discovered American Apparel. They were solely a blank t-shirt company back then who supplied clothing for custom printing. None of this overpriced retail stuff like they sell now… in fact, the product hasn’t changed at all (besides some newer styles) but their prices sure have! They didn’t even sell retail back then. I applied for a wholesale account with them and was approved. I could now order cute shirts from them for about $3 a piece (see what I mean about overpriced now?) so that’s just what I did.

I had a bunch of clothing made up, so now it was up to me to try to get out there. I had to market this stuff somehow and the best place to start…? A website of course! I made up my brand’s website and had some friends from school model for my photographs.

During all of this, I was paying for everything with babysitting money and cash from a part time job I had working behind the counter of a local convenience store. I quickly realized that this stuff costs real money and that it was depleting quickly.

My mom told me about this new program that her work was trying out called Summer Company. It was like a kick-starter program for teens who wanted to launch their own businesses. If you applied and won one of the top 3 spots, they would give you a $3000 grant from the government. It’s a program that is still going on today in Canada. I was one of the very first entrants for this new program.  I applied and won, along with 2 other kids. As a part of this program, we had to go to scheduled classes with business professionals that would give us worksheets and goals to reach. We had to do this entire business plan online and it was so much work. Each week we would all meet up and share our progress.  I also learned about registering a business and decided I wanted to make this a legit company, so I went ahead and registered the business name with the government. I was officially a sole proprietor and had the paperwork to prove it! I learned a lot about business during my time there and at the end of the program I was rewarded with that grant. Since I had technically already kind of started my business before the program though, they only gave me $2500. Still, it helped, and at that age it was the most money I had ever seen written on one cheque.

Now that I had this little boost of cash, I could try to market my little business better. I sold my stuff at market sales and skateboard competitions as a vendor. I got banners and signs made up. I sold online. I cannot even recall how many units I sold but it wasn’t anything spectacular.

I eventually started to become a little tired of this whole retail clothing business and my interests in other things (like bands) took over. Sugardevil slowly kind of faded into the background as I grew up and tried out different things and started working part time often. One thing didn’t change though… no matter what I did I was constantly designing in one way or another….

Did you ever try to sell anything when you were a teenager? What did you do??

Update: Remember this post about non-paying clients and refunds? Well I thought I would give you a quick little update on the situation. Paypal is now going to dispute the chargeback to the client’s credit card company because they agree with me. What they also told me, however, is that when the chargeback was placed and they decided to hold onto the funds from the sale, they also charged me with a “settlement fee” that the credit card company charged them just to place this stupid chargeback. So essentially, I ended up PAYING out of my own pocket for this client to use (or abuse) my services. It’s kind of ridiculous really. Here, let me waste my time working on a bunch of designs for you for a month… it’s ok, I’ll cover the costs, and I’ll also pay you for my own work just because I love working for free! Seriously people, this is NOT ok. Don’t ever do this to a designer or any other kind of freelance worker.