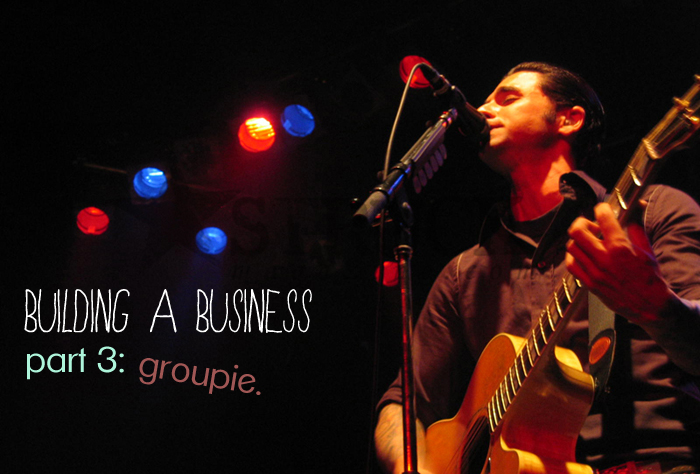 I had a personal website back in the day. I wouldn’t technically call it a “blog”, but I suppose essentially that’s what it was. I had a group of friends who all had their own sites too.  I changed my layout every couple of months and even offered my services to other girls.  I shared little bits of my life, in typical teenager vocabulary, but mostly went on and on about my adventures of being a groupie.  Yes, that’s right friends, I was a total band nut, canceling school and work days and having my mom book hotel rooms (since I wasn’t old enough) so my friends and I could dedicate entire days to stalking/watching/partying with our fave bands when they were in town.

When I think about it now, I have no idea how our mothers put up with us… we were insane and must have given them near heart attacks when they would hear about our antics!  I was the friend who had a car and could drive, so it was usually my job to drive us around town, or even outside of the country. Eight hour drives to different states were part of the adventure. How we weren’t murdered or kidnapped is beyond me considering the situations we got ourselves into! 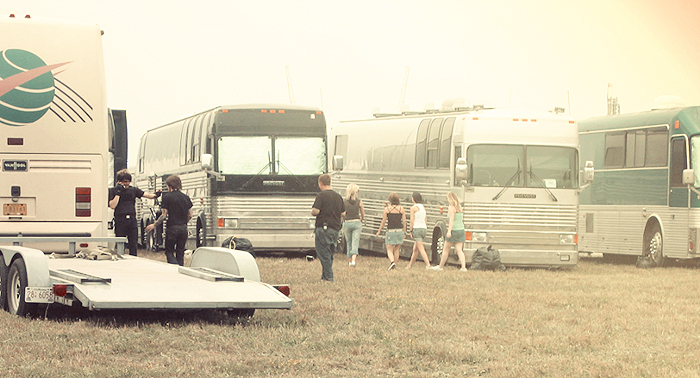 You’re probably wondering what this has to do with “building a business”. It will make sense, I promise. I feel like every step I took in life led me to where I am today, so mentioning my rockstar hungry past is essential.

During this time, those same friends and I decided to start up an online music magazine. We had such grand adventures and thought it might be worthwhile to actually try to do something with our lives at the same time.  It was called Starstruck Magazine and our tag line was “stars don’t only come out at night…”. Har har.

My “co-president” lived in Arkansas but that didn’t stop her from making the long journey to Ontario for fun filled visits and escapades every so often. This magazine was the ticket we needed for… well, tickets. I created a pretty awesome (if I do say so myself) website for us where we posted concert reviews, CD reviews, interviews, etc. We were growing and had a staff of about 30 people… photographers, writers, interviewers.  Media departments would send us free CDs and backstage passes. I kid you not — I didn’t pay for a single disc or ticket for years.  We did our own marketing, scheduled deadlines, organized events and of course I was responsible for designing everything.

I met some amazing bands and some of my fav artists in person while doing interviews, and made some of the best friends of my life. This magazine was when I realized that I could really be worth something. I had my first taste of a “job” with an actual staff under me and was learning the ins and outs of the music business at the same time.  It didn’t pay a thing and we did it out of love and dedication.

*i tried desperately to find photos from those years but failed. me + travis barker from a couple years later*

At this point, I thought I was destined to work at a record label. I had found my niche and I was in love with the music scene. What else could there be in store for me?  Even though I was occasionally doing design work for some of the bands I befriended, it seemed pretty impossible to create a design career dedicated entirely to musicians. Or was it….?

What were your fav bands when you were a teen? Did you ever get to meet them?