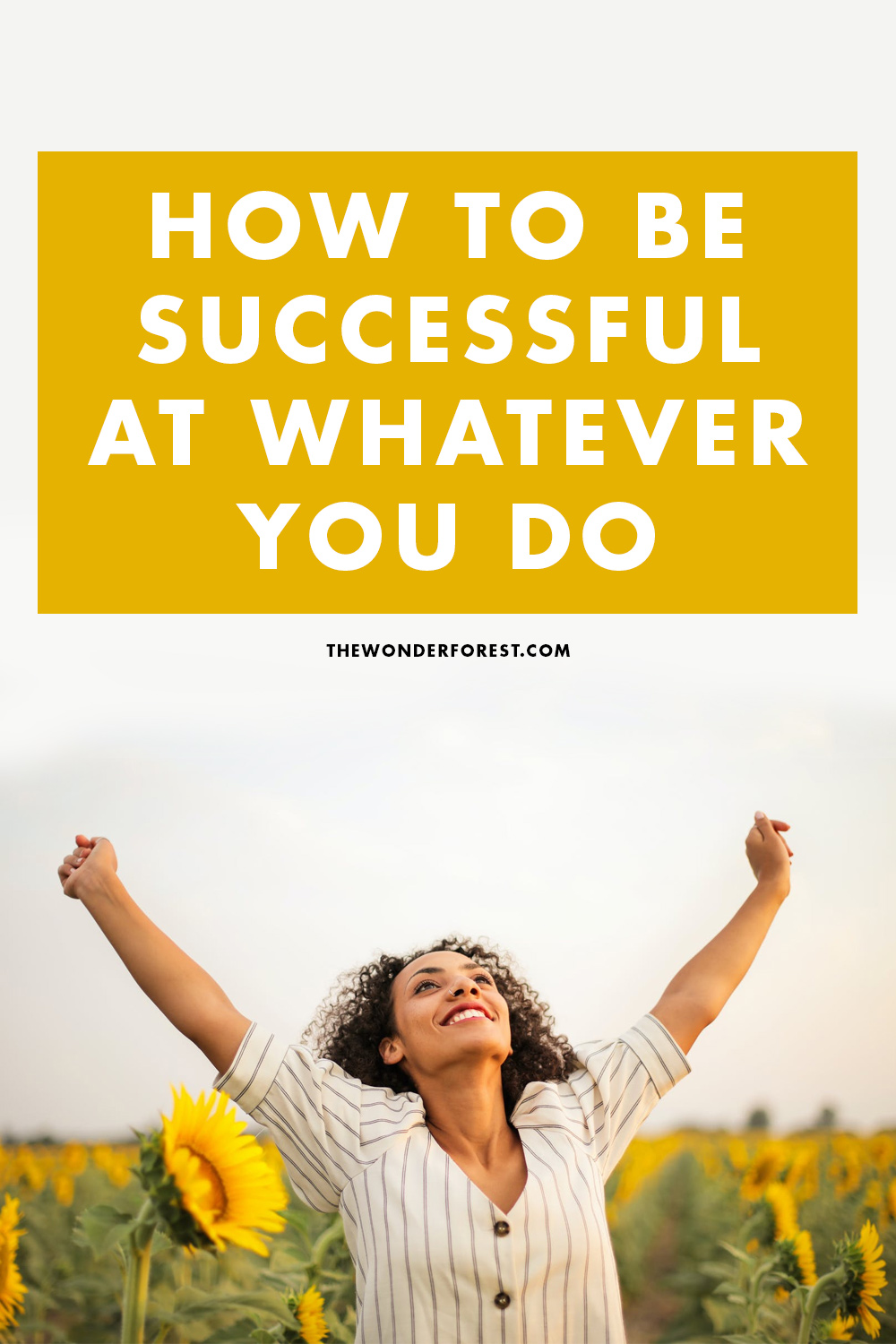 Being successful doesn’t mean being better than anyone. It means feeling completely content with the results of your efforts.

This can be a different feeling for everyone, but I wanted to share some secrets and advice that will help you become successful in whatever you do — be it starting a new project, a new idea, or accomplishing a life goal.

Have a plan of action

This might seem obvious, but I know that there are people out there who try their hand at something and hope for success without putting much thought into the process.

To be a success, you have to know what you are aiming for and the steps you will take to get there. Writing down the steps you’ll take to make it a success will be your map to achieving it.

Try creating a vision board if that’s something that will help you visualize your goals and read our post that covers how to successfully achieve your goals.

Remind yourself that you can do it

It’s easy to get inside of your own head sometimes and tell yourself that something is too hard, or that you can’t do it.

Reminding yourself that you can do it and finding ways to overcome any downfalls is an important step in considering yourself a success. Try creating a new habit to help you on your journey.

You will only ever be a success if you believe you are. Staying positive is essential to being the best you you can be. The more negative thoughts you have about your situation, the farther away from your goal you will become.

If you haven’t noticed from this post already, success is greatly attributed to your mental state.

Have a backup plan

When things do get tough, don’t throw in the towel and call it a day. Have a backup plan instead that can help get you back on track.

For example, tell yourself that “if A doesn’t work, I will try B“. You can usually find an alternative way to accomplish something, even if it means backtracking a little bit or reworking your idea.

Give it your all

Without sounding too much like a cheer coach, I really do think it’s important to give it your all.

You only get out what you put in, so it’s up to you to decide how much you will put into it. Check out our 5 daily habits to help boost your success.

Don’t measure your success based on the success of others

What one person sees as success could be totally different to another person, so it’s really important to not compare your own successes with those of somebody else.

Your success is the result of an end goal… one that you set for yourself, not one that somebody sets for you. No matter how big or small, it is just as important as the next person’s.

If a friend of yours wrote a book that sold a million copies in the first week, does it mean that their achievement is more important than you hitting 500 subscribers on YouTube? NO! You both set a goal and achieved it. You were both equally successful.

Be vocal about projects or ideas

Sometimes to be successful, you depend on the support of others to make it happen.

If you’re launching a project, product, or idea, it is kind of important that others pick up on it and help it become a success.

An idea that is not shared is one that will only be supported by yourself, and that can sometimes be the opposite of what you are trying to achieve.

To overcome the fear that nobody will be interested once you put your plan into action, you’ll need to be vocal and confident about it.

This means sharing the idea with others and spreading the word in various ways. Waiting until the end of development to market your idea can work, but building up the suspense and interest can as well.

This could mean dropping hints about the project or even sharing your journey with people along the way. Don’t be shy!

If at first you don’t succeed…

Try, try, again! Did you know that Walt Disney was fired from his newspaper job for being unimaginative?

What about how Steve Jobs was fired from Apple in 1985? Walt Disney World went on to become valued at $35 billion.

Jobs started from scratch and launched Pixar Animation Studios and created computer company NeXT, which was then acquired by Apple, landing him CEO position of the company a year later.

If things don’t work out the first time, there is always a next time!

Learn from your failures

I believe that success is a combination of our triumphs and our failures. Failing allows us to learn and change our thought process so that we can come back swinging.

Instead of beating yourself up over your misfortunes, try to instead figure out what you can learn from them and how you can be better next time.

Are you ready to succeed? I hope these bits of advice helped and I’d love to know what you’d add to this list.