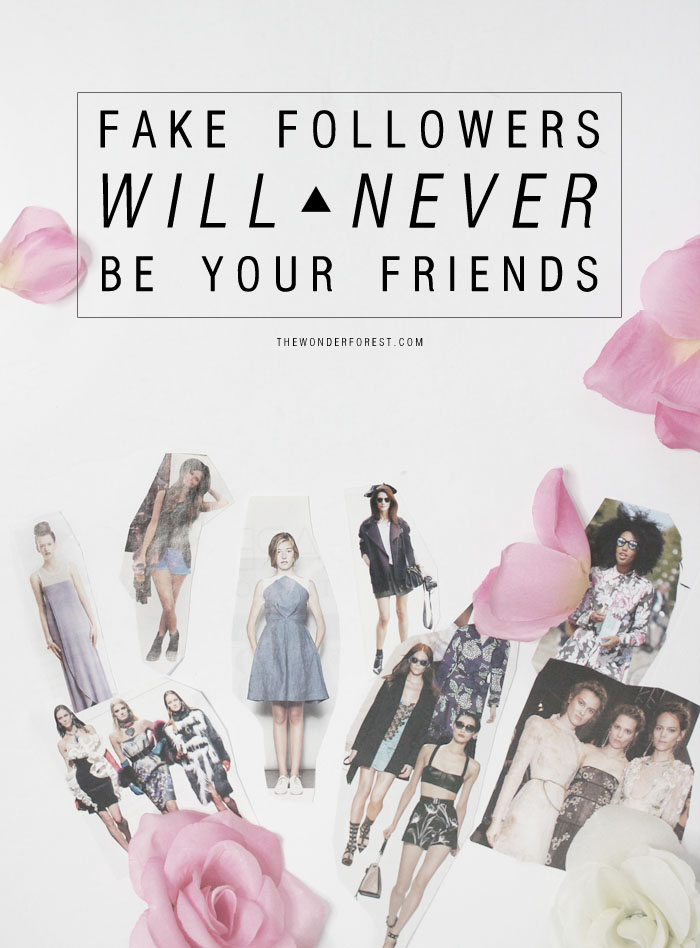 They’re tempting. They’re easy. The come in an assortment of packages at a cost that you could justify as an “advertising expense”. They’re fake social media followers and they exist for just about every social networking site.

In the click of a button you can have thousands of “fans” delivered to your profile instantly, for a small fee. That sure beats having to build up your audience on your own, right?

I have a confession: I have purchased followers before. Not in an attempt to blow up my follower count, but to see what would happen if I did it. Like I said, it’s tempting, right?

There are so many places online that offer the service and promise “real accounts” that I couldn’t help but want to click that button and see what exactly they delivered, and whether or not it would actually be worth it.

The process was quick and easy and I immediately wondered if they would be flagged by the aforementioned social networks and deleted shortly after (more on that later).  Everything seemed good, until I checked out just who these “real people” were that were now fans of mine.

They were accounts that followed thousands of other people, had generic profile photos and a few pieces of profile content, and went by names like “zequielereira”, “ergioollard” and “ablooreno”. Not your typical user-chosen usernames. Okay, so negative on the “real people” promise. 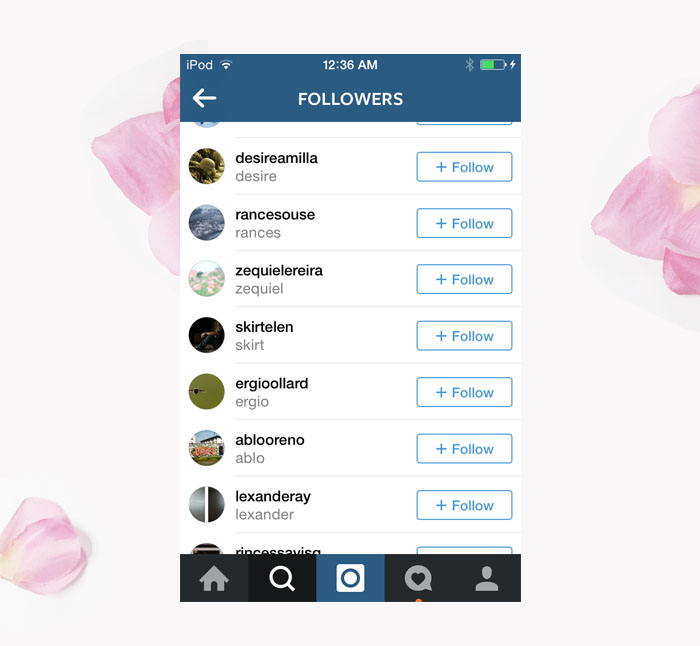 You can spot fake followers on anyone’s profile easily if you suddenly come across a large grouping of usernames like this. You will notice as well after clicking on some, that they have no real followers of their own and follow thousands of other people.

As time went on, I wondered about the deletion of these accounts. I mean, these accounts are technically against the terms of service, aren’t they?

Facebook did it first with a huge cleanup of inactive accounts, Twitter then did a big purge of their fake accounts as well.

Is buying social media followers worth it?

No! And I say that while trying not to giggle.

All of this got me thinking about the point of social media. How people view silly numbers as a status symbol, when in reality they are absolutely meaningless.

If your profile boasts 40k in followers, but only 10% of those followers actually “follow” you (i.e. are interested in what you do and support you), what is the point of a follower count?

I’ve really tried to think of a logical reason that the pursuit of having “the most followers” is so attractive, and the only answer I keep landing on is this: to satisfy your own ego. To make your profile appear more important than it is.

Don’t get me wrong, we all have an ego, and we all love seeing our follower counts increase, but sometimes the line gets blurry. Sometimes we need to take a step back and think, “wait a minute, what are my intentions here?”

I don’t know about you, but I’d rather build up a community of followers and friends who actually give a crap. People I can actually connect with and who might really be interested in what I have to say. Real people.

Being able to say that you’ve gathered this many awesome people on your own speaks volumes for your integrity, and also shows your other followers that they aren’t just a number for your collection.

How can buying followers affect your accounts?

I bet you didn’t think about this one, but I really believe you should before clicking that Buy Now button.

On social media, your posts are usually ranked by importance. On Facebook, the more people interact with your posts, the more your posts will be shown to others.

The ratio of your followers to interaction plays a big part in this, so when you’re sitting on a follower count of, say, 100k, and your posts are only getting 20 likes, Facebook is making note that your posts aren’t important. The numbers don’t add up. Hence, lower reach.

Instagram had some similar type of algorithm in place for their Popular page. So, you can see how having fake followers can actually hinder your ability to grow your profile organically.

As soon as I realized this, I started attempting to delete any of those purchased followers, as well as  any “ghost followers”  — who are followers who follow you but have never once interacted with your page. You can use follower apps to see who your ghost or “inactive” followers are.

Stop throwing your money away

Lastly, it’s absolutely crazy to me that money is still being spent on fake followers who will no doubt be deleted again in the future.

Don’t think that these purges are just a one time thing. The money you spend on these bot accounts could be better spent on other promotional methods or advertisements that do help you grow organically.

Seeing certain accounts recently inflate with more usernames of the “zequielereira” type after the Instagram beat-down really makes me question the realness of those people. Why not just be yourself, accept your numbers, and be happy with that.

If you’ve been thinking of buying followers, I would say that they are a total waste of money and encourage you not to give in.

What I recommend instead of buying your fans, is to actually make an effort to grow your audience on your own. Leave comments on other people’s posts, like their photos, follow them, give them a reason to follow you. Show them that you’re a real ACTUAL person! Because THAT is what community is all about.

If you need some help, check out all of our Instagram tips and tricks.