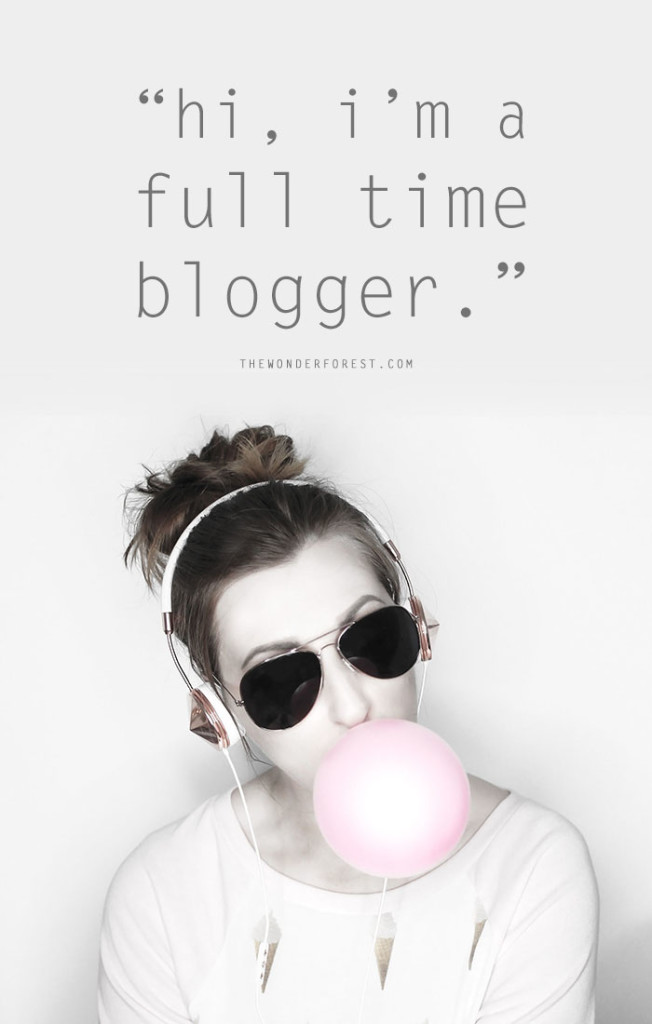 Five years ago if you had asked me what I did for a living, the answer would have been simple. “I’m a web/graphic designer”, I would say. Technically, I was much more than that. I was a business owner who wore many hats, but somehow saying that I just did web and graphic design made things simpler. It was easy to explain and spit out in one short sentence. Nobody asked many questions, which was fine with me because I am often humble about my work life and don’t feel the need to go into too much detail with strangers.

Describing what I do has become a little tougher over the past couple of years. I still write “website designer” as my occupation on forms and documents because “blogger” just doesn’t seem to sum anything up. When people ask me what I do for a living now, I stumble over my words and my job description usually comes out as something like “I do lots of things. I’m an artist, designer, I make apps and products, and I run a blog”. I’m sure to other people that sounds a little flaky. Almost as though I don’t know which direction I want to take… but honestly, why should we have to pick just one direction?

Blogging in itself doesn’t exactly have a reputation yet as being a full time gig. I’ve made the choice in the past to try to keep things simple and tell people that I was simply “a blogger” and have been met with all kinds of confused reactions. “What’s that?” being the most common among older folks (don’t even get me started on trying to describe web design to my grandparents, let alone blogging!! I’m honestly not even sure my mom understands what a blog is!) And more recently, a scrunched up nose and a question along the lines of “…and you make money from that?”.

Having to explain what I do isn’t something I enjoy at all. What used to be easy has become a mental task. Sometimes I just want to say “I DO WHAT I WANT” and be done with it. How do you explain to someone, in one sentence, that you have an amazing job doing what you love to do that utilizes all of the skills you have? (And that yes, you actually do make money from it.) How do we broaden the idea of being “a blogger” and convince people that this is an actual occupation worthy of credit? When will “Hi, I’m a full time blogger” be received with praise and understanding? When can I stop writing “website designer” on documents and be taken seriously?

I don’t have the answers, but I do know that no job title completely defines me. Just as your job title doesn’t define you. Until then, I’ll be happy with knowing that I’m secretly a part of something bigger, and that feels a little special.