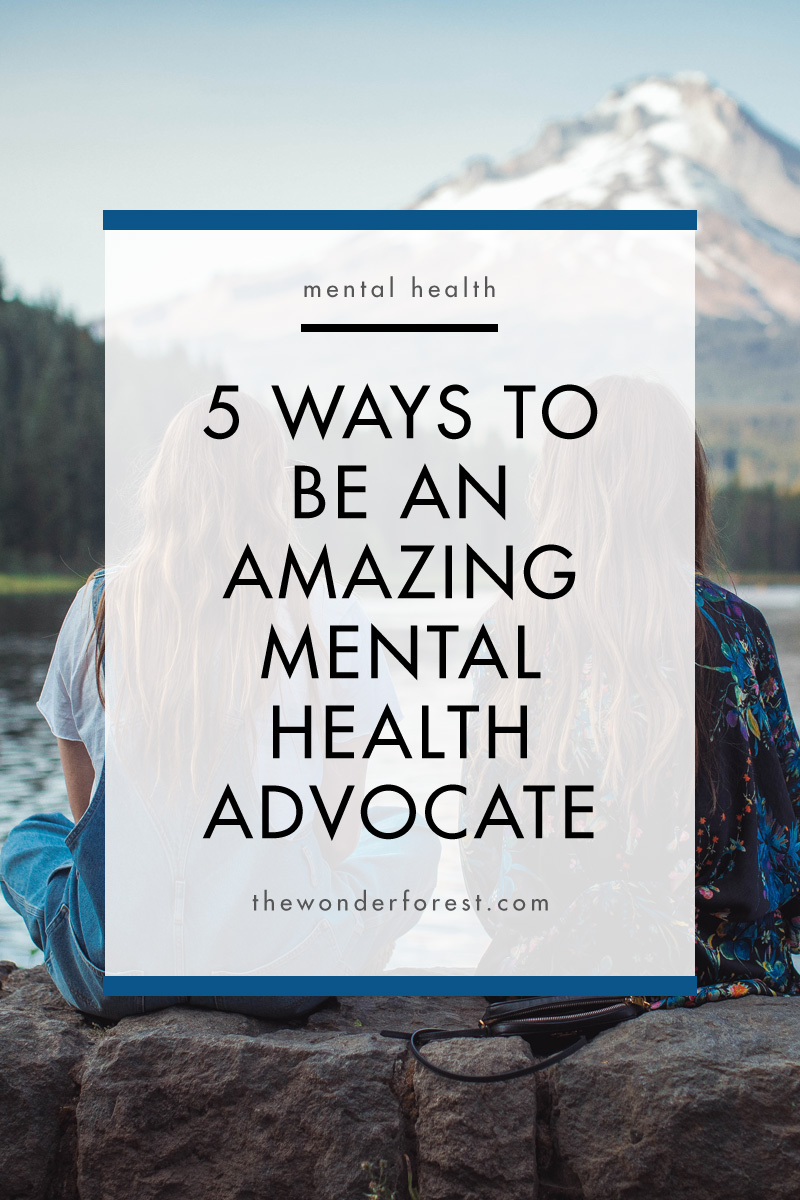 Before you can be an advocate, you need to understand what an advocate is. We could sit and google definitions but I can put it much more simply. Being an advocate is having a passion for a cause, which you do everything you can to support.

I became an advocate by chance, and the further I got into fighting the stigma against mental health, the more I wanted to do and the more passionate I became. There is no rule book to becoming an advocate but I have learned some things along the way:

This is the cardinal rule. It sounds ironic that an advocate usually puts other people first and here I am telling you that you’re the priority. The simple truth is that advocacy is not easy, it is exhausting and can be harmful to your mental health. When you give so much to others, you need to make sure you give back to yourself. After all, how can you be an advocate if you don’t advocate for yourself?

Look At The Bigger Picture

Judgment is a horrible part of human nature, we all do it. It is so easy to assume and to judge the people around us, and even more so with people, we do not know. Being an advocate means meeting and talking to a lot of people, some of which you may not agree with. But you can pick and choose who to help in the cause you support. Try not to judge, listen to everyone’s story and be present for even those you don’t necessarily ‘like’.

Learn When To Be Vocal And When Not To Be

There is an assumption that advocates have an opinion about everything. But sometimes, you need to let a hot topic pass or let someone else have their moment. Remember that advocates are fighting for a just world but they don’t have pitchforks, they are not about hatred or harm. Try not to pick sides, try to focus on the greater good and the genuine benefit of those who need your voice more than ever.

Remember You Can’t Save The World

When you are fuelled by such immense passion that you feel like you can’t stop until the world is exactly how you want it. That can really bring down your morale. Though it’s exciting to be part of a change, you need to remember that it is not your lone job to fix the world, As I was once told, you cannot change the world but you can make a change in the world.

Just because you are passionate about something, not everyone will be. Mental health, in particular, is so full of the stigma that, if you raise your voice, it will be heard by many people; some of which will want to extinguish it. People will try to bring you down and some days you will want to give up. But learning your limits, looking after your mental health and being resilient will keep you going. No matter how many breaks you have, if you always get back up and fight, that’s the sign a good advocate.

Charlotte Underwood is a 22 year old from Norfolk UK. She is a growing mental health advocate on twitter, writer and blogger. She has a passion for words and helping others and continues to do her best to make the world a better place.

View all of Charlotte Underwood's posts.