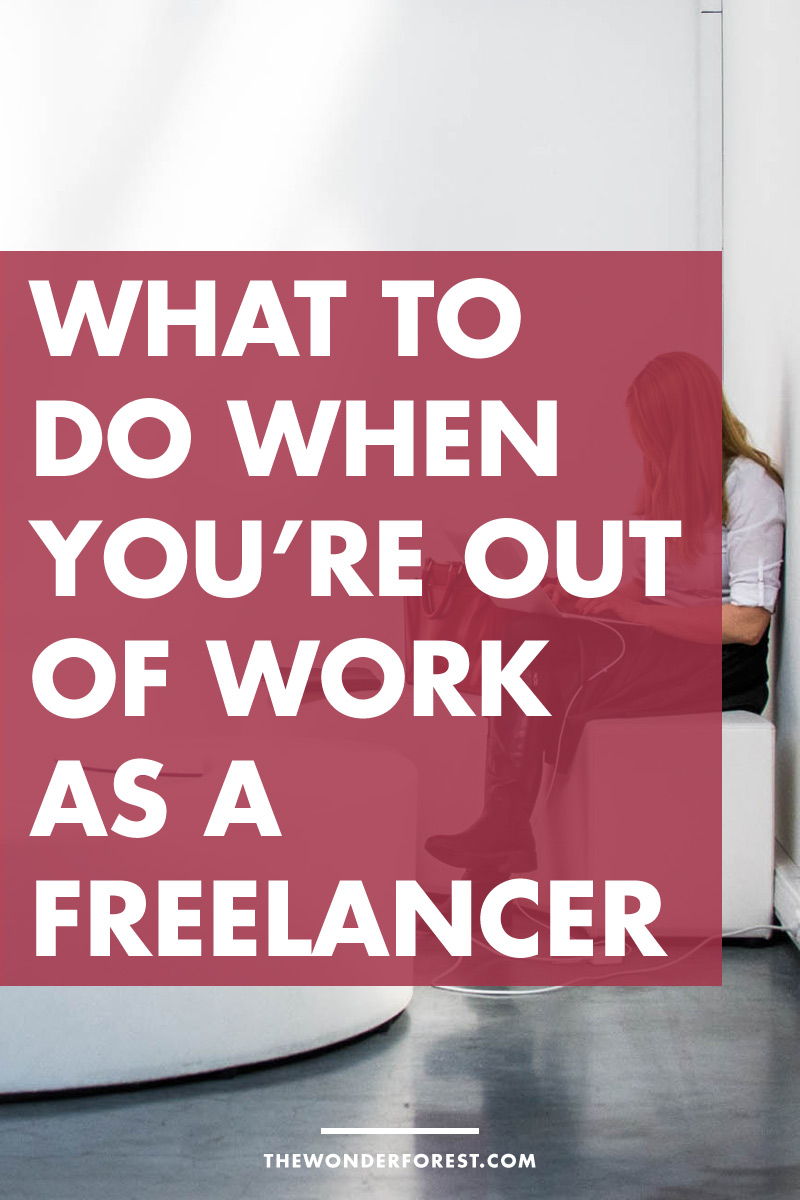 I wasn’t expecting to be out of work in as little as a month. The company I was with hired an onslaught of new freelance writers and our massive 8,000 queue was down to 0 in a matter of weeks. We were all like sharks waiting for bait to swim by. Whoever got there first got to write the article.

The saddest part is that this happened before. There wasn’t an influx of new writers but rather we were able to improve our turnaround time. When that happened, new orders came in the next month and we were all busy again to where we couldn’t keep up.

Now, I’ve been out of work with that company for at least two months. If you find yourself in the same boat (or just want to be prepared), here’s what I did in my spare time.

At first, I wasn’t really looking for other work. I was enjoying not following a routine and writing what I wanted to. Then, I found this as my opportunity to think about starting my own business as a freelance writer.

I began reaching out to those I admired, asking for advice. The one copywriter I was talking to gave me work she didn’t have time to complete herself and eventually brought me on her newly established social media agency to help out.

Unfortunately, that work ended as quickly as it started. The two clients I had pulled out and I was left with no work, again.

No work equals no money. Now, I know everyone’s situation differs, but the only bills I pay are for Hulu and some rent. But I didn’t like the helpless feeling that came with it. If I needed extra money to help with other bills, I wouldn’t have it.

Instead of spending what money I had left on eating out and unnecessary material items (like another sketchbook), I saved it, something I rarely do. I only touch that money for good reason.

For my situation, I was really contemplating whether to start another business again. I thought of this before but figured I’d be a better asset to someone else’s business rather than my own. Until I was left workless.

When I had my beauty blog, I cold emailed potential clients. I got a few bites, none of which transitioned into a paying job. As silly as it sounds, that’s what fuelled me to take starting another business seriously. How far could I have gone if I had stuck with it?

I have a bad habit of ping-ponging between different ideas, preferably what services I’d offer and what title to call myself. Pushing through that indecisiveness helped me bring my ideas into fruition by sticking with whatever I chose and focusing on more than the aesthetics.

The point is: don’t wallow in despair. It doesn’t help you or anyone around you. My mom has been through this plenty of times with different jobs (she’s not a freelancer) but if there’s one thing it’s taught me, it’s to be strong and survive with what you have and with what you can do right now in this moment.

There’s no manual given out the moment you decide to become a freelancer. A lot of it is trial and error, along with a lot of reading from those who share their journey.

If you find yourself out of work or the dread the day it may (or may not) happen, remember to keep pushing. You’ll only fail if you stop trying.

Kayla Peart is a writer dedicated to helping women in all aspects of their lives. A bullied high school dropout, she had trouble finding her way until she landed on blogging. Noting her efforts and defeats, she continues to write each day in hopes of inspiring others.

View all of Kayla Peart's posts.