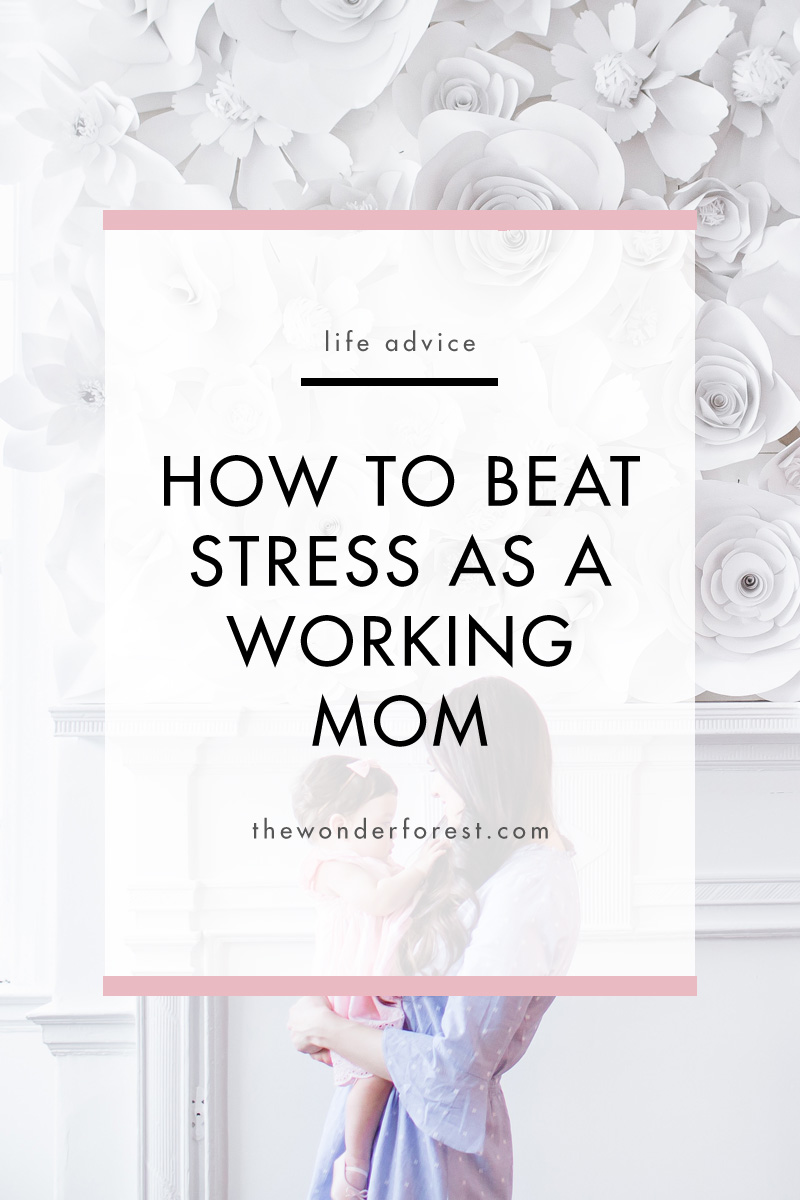 For pretty much every parent on the planet, busy schedules and big responsibilities are an inescapable part of life. Even the most placid child can be a little whirlwind of chaos, and catering to their needs can take the kind of organizational skills usually only seen in large military operations. This is the unavoidable reality of being a parent, and something most moms embrace happily (even if there are moments you think you may explode!)

But when the concerns of motherhood are combined with other pressures – such as the need to earn money or maintain a career – the stress can become quite overwhelming. Beating this stress as a working mom is vital to a healthy and happy family life, but also key is making sure that you remember to look after yourself as well as others.

In 2017, seventy percent of U.S. mothers with children under 18 were in work, with over 75% employed full time. Women were also the primary or sole earners in 40% of households, encompassing both partnerships and families where single moms juggle the task of fulfilling every parental role. These stats are evidence that, for couples, the idea of women earning a little pin money while men maintain the role of breadwinner is very much on the wane.

This is in many ways indicative of a great victory, with women no longer confined to the role of wife and mother, unless they choose to be. This choice and freedom is something to be celebrated, but not every change has been positive. For the majority of people, it is no longer possible to support a family on a single wage, reducing collective “family time” and putting pressure on families as parents spend more hours at work.

This issue – trying to maneuver through and meet the responsibilities of being a parent, while also earning enough money to keep their kids comfortable – is an issue that affects both men and women. However, there’s another problem that particularly impacts women: unpaid labor. Nine months after a baby has arrived, U.S. women report 22 hours of added childcare to their work week, while doing the same amount of housework and paid work as before. Men, on the other hand, add 14 hours of childcare to their work week, but do five fewer hours of housework after the baby’s birth.

Multiple studies across the English speaking world have found that, even when working full time, women shoulder a heavier burden of housework and childcare than their male partners. So if ever feels like you’re doing it all, this may actually be fairly close to the truth!

Request Help Where You Can

One conclusion we can draw from these findings is that, in order to reduce the stress of being a working mom, it makes sense to start with reducing your workload. Women can sometimes be regarded as the ‘default’ carer and cleaner (in the same way someone may instantly assume a doctor is a man), living with the quiet societal assumption that they’ll be the one to go home early from work if a child is sick, pick up socks from the floor or head out food shopping.

It’s worth being aware of these expectations, and doing what you can to make sure the burden of childcare and domestic work isn’t unfairly weighted on your shoulders. This is especially true given that most of this is automatic and unconscious. Men aren’t deliberately doing less (in fact, they do twice as much housework as they did in 1965); we’re just very influenced by the culture we’re in and the way our own parents organised work.

If you find your child’s school always tends to ring you should something come up, perhaps you could ask them to get hold of the dad more often. If you are always left with the majority of life admin, you may prompt your partner to organise the next upcoming birthday party. Another option is that, when tasks aren’t critical, you could simply not do them as often as you usually do.

This quickly shatters the “cleaning fairy” idea where a house seems magically clean to all other occupants, because mom tends to whizz round picking up trash, tidying up toys and dusting corners. By showing that a plate left on the side will stay there, you will allow your family to realise that they have a responsibility to clean up after themselves – especially useful if you have a brood of messy teenagers, or a partner who has forgotten that ironed shirts don’t grow organically in the wardrobe.

The idea of the mental load was deftly communicated in this comic, and the worry of running a household is a big stress for many women. From making sure there’s enough milk in the fridge to organising for someone to pick the kids up when you’re working late, the list of urgent tasks is simply never ending. There are a few ways working moms can ease the stress, however:

Whichever techniques you choose, much of beating stress as a working mom is down to focusing a little love back towards yourself, and taking the steps you can to make sure the responsibilities you carry are fair and sustainable. Everyone needs time to themselves, as well as the odd chance for a little self-indulgence. By creating a balance between your family’s requirements, the demands of work and your own needs, both you and your children will benefit.